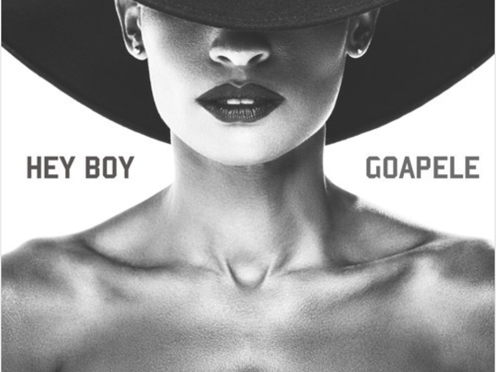 Most people are familiar with songstress Goapele (pronounced gwa-puh-lay) thanks to her song Closer (to my dreams). True fans know she has had much more to offer than her 2001 (yes, I said 2001) hit. But none of them have received radio play in my city, Columbus, Ohio. We may be fashion forward but when it comes to bringing new music- radio sucks. But I digress (pretty often too). Fast forward 13 years later and Goapele has delivered a flirty, radio friendly groove titled Hey Boy. It’s a great summer jam and infectious enough to get your head bobbin. Goapele teases, ‘If you want it, I’m not trying to wait around.’ Well, Miss Goapele- neither are we! Check it out via Soundcloud here:

Side note: Hey Boy was written by British singer/songwriter, Estelle. It reminds me a lot of another song, also titled Hey Boy by Hil St. Soul (another Brit) from her Soulidified project, released in 2006. Could be total coincidence but I must investigate that connection! Don’t know Hil St Soul? Check out her song of the same title below and then cop Soulidified in its entirety. You can’t go wrong with either track! 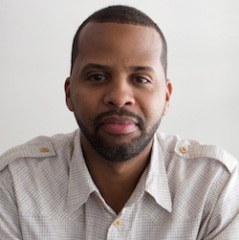 Woo! So hot off the presses, drummer Lil John Roberts has a new joint featuring Musiq Soulchild (one of my faves and I only have two!) and Chantae Cann. I love Chantae Cann’s voice! She can sang! And of course Musiq never fails. Lil Joh

n lets the artists do their thing on this release and together, their harmonies are magical- my sangin friends and I all agreed! Lil John has been playing the background for a minute as drummer (you may know him having been previously linked to Jill Scott, Ledisi, Saadiq and many other majors). Much as the lyrics proclaim- its your (his) time to shine! I dig the inspirational flavor of it and I’m a sucker for meaningful lyrics and a good track. What say you, listeners? I caught this on the singersroom.com and it deserves a listen. Can you dig it or nah?

If you follow him on Instagram, you know that @HOWUSEEIT aka Usher Raymond has been teasing about his new song Good Kisser for a few weeks! As soon as I saw the title, I knew that it would be full of innuendo and I was on the mark. All you need to know is “Don’t nobody kiss it like you!” and “chitty, chitty, bang-bang” and you get the gist. I likened it to Kelly Rowland’s “Kisses Down Low” but with more flavor (sorry Kelly!). Produced by Pop, Flip, JProof, Terry “Tru” Sneed, Natural and Oak, the song lets Usher display his singing prowess including the falsetto we’ve come to love. The beat is pretty dope although it reminds me of songs by Amerie and others from the early part of the 2K. I heard the song via the video which includes a shirtless Usher on percussions and also dancing again (yay!)! Check it out and share your thoughts. Is it a hit or miss? Check it out here: https://www.youtube.com/watch?v=1lQtoRFaLsA

I have almost always thought myself a gem. It was only when I began to treat myself differently (and allowed others to also) that trouble came. As time has marched forward, I have reclaimed myself as the gem of my youth, flawed but polished. -Lynne Wise

I hate running. I admit it. I take forever to muster up the energy to even start. When I do start, getting from point A to B feels like a curvy, uphill battle even when the road ahead appears flat. The single best thing about it is the fact that when I run, I think. I often come up with some marvelous thoughts that I can’t write down. But this quote, as I pounded the pavement toward improved health stayed with me. Let it marinate. #runnersclarity